skip to main | skip to sidebar

What if copying was legal?

What if it was legal to make copies of our favorite movies, tv shows, music, games, books and more?

With almost half of the total Internet usage in the U.S. being peer to peer file sharing, it’s clear that users WANT to make copies, but why?

In my experience, the answer to ALL of these questions is YES.

In fact, they like it so much, otherwise law abiding citizens will even break the law to do it. Some break it blatantly, some rationalize with “I didn’t know” or “everyone’s doing it”, but break the law they do, because they want to be able to copy and share entertainment files.

So what if instead of (lamely) prosecuting these folks that copy and share, we flip the entertainment world on its head, and reward this behavior?

We know that all the users would love it. All the benefits of sharing files, with none of the guilt! But what of the entertainment companies that create all this content?

If no one watched ads or paid, we would be reduced to skateboarding bull-dog videos (http://www.youtube.com/watch?v=hlyhq6ncGWg ) , (I had over 500 to choose from!) ), instead of professionally made movies, tv shows, music, games, books magazines, and more. All of these creative works are paid for with advertising dollars today, and will need to be paid for in the future if we expect them to continue to be produced.

So we need a system that’s as easy to use as a Google search, paid for with ads that are as innocuous as those on a Google search, and that is so inexpensive to distribute (no server farms, no fat bandwidth pipes, and no costs for customer acquisition).

Look, up in the Internet-- It’s a Bird. It’s a Plane. It’s SuperDistribution!

Superdistribution has been talked about since the early 90’s (http://www.wired.com/wired/archive/2.09/superdis.html ) but until now, no one has been able to perfect a system that allows content owners to maintain the controls they need to succeed, while leveraging the low cost, high reach, best of both worlds solution originally envisioned.

Watch this space…
Posted by TomTalks at 12:00 PM 2 comments:

Some Popular Links on Tom Patterson 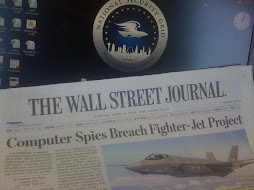